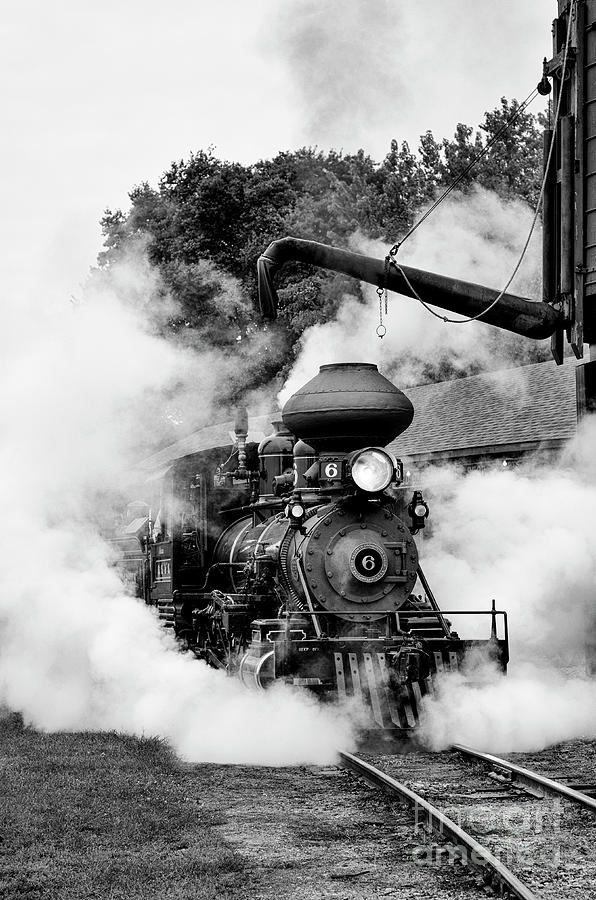 The #6 train steam engine during Midwest Old Threshers showing it's powerful steam. The reunion is 5 days over Labor Day since 1950.

The oldest locomotive owned by Midwest Central Railroad, was built in 1891 by Baldwin Locomotive Works, Pennsylvania. This steam locomotive was built for Surry Sussex & Southampton Railway in Virginia and weighs over 25 tons. While in Virginia she had the nickname "Maria" given to her by the crew. Originally, passengers and freight were hauled by the #6.